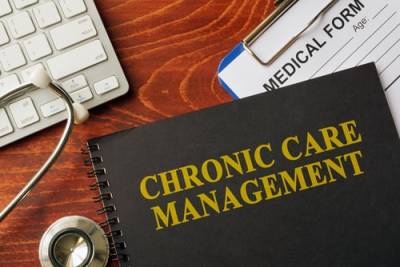 The national divorce rate is about 40 percent, meaning that 40 percent of marriages end in divorce. However, this rate changes based on circumstances married couples face. For example, poverty, having been in previous failed marriages, having a low level of education, and a large age difference between spouses all increase the chances of divorce. However, one element seems to dictate a marriage’s failure rate more than anything else: illness. Marriages in which one spouse is chronically ill have a divorce rate of 75 percent.

Chronic illness within marriage is hard on both partners, not just the sick spouse. As a caretaker, one spouse is heavily leaned upon or feels an obligation to be leaned upon by the sick spouse. They may be required to give up leisure activities, direct finances towards the illness, or spend extra time around someone who is not always in the happiest state of mind. Being a long-term caretaker often leads to depression, and spousal caretakers are more prone to depression than adult children caretakers of parents because of the intimacy between the caretaker and the sick party. As a subconscious response to this mounting depression, and the general inability to do the things they enjoy doing in life, the caretaker spouse often builds resentment towards their ill spouse. With time, enough resentment creates a loss of love, and the only option becomes divorce.

Oddly enough, married couples are less likely to get divorced if the husband gets sick, versus the wife getting sick, according to research. Men typically have fewer close friends and family members than women, leaving them with fewer people to rely upon during difficult times. Men tend to rely only on their wives for emotional support, and when their wives get sick and cannot provide the emotional support that their husbands are accustomed to, their husbands have nowhere to turn due to the poor support system they built for themselves. Additionally, men are more likely to divorce their wives when their wives get sick because of the following:

When a Marriage Cannot Be Saved, a DuPage County Divorce Attorney Is Your Best Option

While difficult during the moment, divorce can be a liberating experience that allows spouses to refind themselves after years of depression, anxiety, and arguments. To get started today, the dedicated DuPage County divorce attorneys at the Law Office of Martoccio & Martoccio are available to help. Call us at 630-920-8855 to schedule a free consultation.