Can a Father Get Custody But Still Pay Child Support? 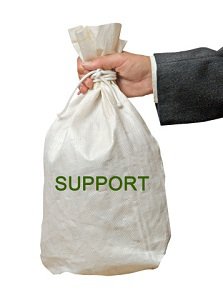 In a very unusual Illinois case, a father who was granted custody of his children was ordered to pay the mother child support although he was legally the custodial parent. [In Re Marriage of Turk , Ill. App 2d (1st Dist 2013).]

In the typical case the parent who does not have custody usually pays child support, one of the reasons being that parent spends less time with children and has less responsibility for their daily activities.

Historically, the law in Illinois has provided that both parents are responsible for the support of their children. In the Turk case, the mother was originally granted custody and the father ordered to pay child support as is typical.

Some years later the father was granted custody. The court made particular note of the fact that the father made substantially more money than the mother, but the mother spent a significant amount of time with their youngest child. The court in balancing the best interests of the children, also considered the lifestyle that the parties would have had the marriage remained intact.

So, in some cases, it is possible to pay child support and have custody: when the child spends more time with your ex-spouse and you make more than he or she does. For divorce or child support questions, contact an experienced Illinois family law attorney at the Law Office of Martoccio & Martoccio.