6 Things You Need to Know Before Signing a Nesting Agreement 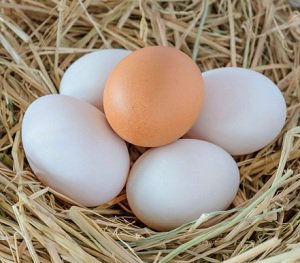 A child must travel back and forth between their father's and mother's houses where the parents no longer get along or have separated during a pending divorce.  This form of sharing joint parenting time or sole custody with the other parent having visitation is frequently the subject of a court order agreement.

Switching between two households is certainly not ideal for a child who is already stressed by the conflicts between divorcing parents. A child needs a sense of home, particularly where a child is watching their parents argue or fight, sometimes about them.

"Nesting" is an alternative arrangement. Instead of a child switching back and forth between the parents separate homes, sometimes "nesting" in divorce or custody cases teach the child in the home, while the mother and father take turns living in the home with the child. So that while one parent is at home, the other parent lives somewhere else. "Nesting" at first look seems like an ideal arrangement.  However good it may be for the child, the parents typically hate it.

"Nesting"  assumes that the parent who is out of his or her own home as an alternative place to live. Often times, "nesting" arrangements are frequently one week on one week off. The period of time can be longer or shorter as the parties may agree. In practice, "nesting" works as a practical matter only for about six months. By then the parents feel as though they don't have much of a life.

While "nesting" does seem to work pretty well for the children it's horrible for most adults. The parents, after about six months, come to hate it for the following reasons:

1. No life of their own. The parents don't have much of a life. Neither parent can really settle down and try to resume a normal life.

2.  Suitcase living. The parents wind up living out of a suitcase. in many ways it's like having a job that requires you to be out of town every other week.

3.  Arguments: The parents begin to argue about things like the cleanliness of the house.

4. Things in home that disappear.  Real or imagined, the parents begin to believe that things in their marital residence are disappearing while the other parent is in possession of the home and the child.

5. Invasion of privacy. The parents begin to feel that their privacy is being invaded because they have no continuously private time.

6. No socializing with for the children. The parents can't really have friends or family have a normal relationship with the child, because they are constantly having to vacate their own home to let the other parent  have his or her week.

It's like trying to parent in a train station. If you and your ex-spouse are debating child custody or visitation issues, contact the Law Office of Martoccio & Martoccio at 630-920-8855.