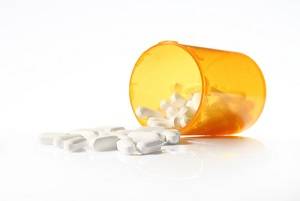 All medications come with the risk of adverse side effects. However, the Food and Drug Administration (FDA) and the general public expect that drugmakers will fully disclose what those side effects may be. A Chicago couple alleges that Johnson & Johnson, the makers or the antibiotic Levaquin, failed to do so, and now one of them is suffers from irreversible side effects. They are suing for damages based on the manufacturer's failure to warn.

According to its warning label, Levaquin’s most commonly experienced side effect is diarrhea. Other, more rare side effects include:

However, a number of those who have taken Levaquin have complained of non-listed side-effects, including peripheral neuropathy and bursting tendons. The Chicago couple alleges that one of them has suffered a very different set of side effects which, until now, have not been mentioned in any previous Levaquin lawsuits.

After reportedly taking five doses for infection, one of them claims to have developed severe complications that affected their joints, kidneys, and other organs. The lawsuit says that the drug also altered their DNA, making the side effects completely irreversible. They are blaming Johnson & Johnson for failing to adequately warn the public of Levaquin’s dangerous side effects.

The FDA has already issued an additional safety warning for Levaquin, pushing it up to a “Black Box” label—their highest warning level. In it, they say that those taking Levaquin have a higher risk for tendonitis and tendon rupture. They recommend that patients discontinue use and consult their physician at the first sign of tendon pain, swelling, or inflammation. Patients should also contact their doctors if they start to experience pain, burning, tingling, weakness, numbness, sensitivity to touch, or changes in pain level in their arms, legs, hands, or feet; these symptoms could be a sign of peripheral neuropathy.

Without admitting any wrongdoing, the makers of Levaquin have already begun to settle litigations in some states. One of the biggest and most recent cases, filed in the federal court in Minneapolis, involved a settlement with 845 plaintiffs. However, the company has also won three out of four of its cases that have gone to trial. Therefore, it is highly advised that all Levaquin victims hire a highly skilled personal injury attorney.

At Martoccio & Martoccio, we have the skill and knowledge needed to thoroughly investigate your pharmaceutical case. We fight aggressively to protect the rights of our clients and prove the manufacturer’s liability. If you or someone you love has been victimized by a defective drug, contact our DuPage County personal injury attorneys and ask how we can help. Call us today at 630-920-8855.