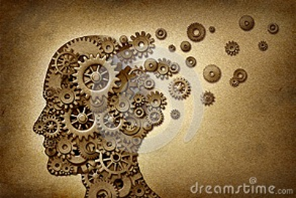 When Larry Boswell arrived at Illinois’s Cobden Rehabilitation and Nursing Center in 2008, he was able to walk according to government records. He now sits slumped in a wheelchair. A lawyer who is attempting to persuade Medicaid to transfer him added that speech therapy also ended shortly after the 57-year-old was admitted.

Although much of Boswell’s speech was incomprehensible, a clear “no” was spoken when asked if he wanted to stay where he was.

Boswell is one of nearly 244,000 brain-injured people that have been stuck in nursing homes, according to data compiled by Bloomberg from U.S. Medicare and Medicaid statistics. He is also fighting first hand in a national battle to get himself and others like him out of unequipped facilities that cannot care for them.

Steven Schwartz, a lawyer who filed a class-action lawsuit to force Massachusetts to provide alternatives to nursing homes for the brain-injured, and won the settlement, added that “People used to be put away in state hospitals and state developmental centers. Now people with brain injuries are warehoused and put away in nursing homes.”

There are over 4 million brain-injured Americans, including victims from car accidents, assaults, strokes, and falls, that suffer from long-term disabilities and require specialized therapies. Often times, these people are neglected by institutions that are designed for elderly care and not for the treatment that they need. In some cases, these patients are even put in facilities that have low scores from a U.S. agency that grades nursing homes on quality, cleanliness, and other measures.

If you have a family member that has a brain-injury, contact an experienced personal injury attorney in Illinois to defend them and get the settlement that they deserve. Don’t let your family member be put through this horrible system of poor care, find a good place for proper treatment. It all starts with hiring a Martoccio & Martoccio law firm attorney to fight for you today.