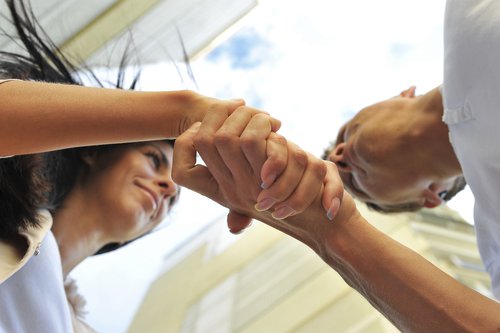 Family law matters are often seen as emotional battles waged between spouses or parents. Child custody disputes are often seen as the some of most contentious cases because a child is involved. It can be very difficult for parents to come to terms with the way relationships will change after the custody dispute is resolved. Your relationship with your child and your child’s other parent will be affected, likely in many ways. However, in many cases it is essential for both parents to be able to move forward as co-parents for the child’s sake. Establishing a parenting plan or hiring a parenting coordinator can help with this.

The specific custody arrangements in your case will be unique to your circumstances. As with all child-related legal issues, Illinois requires that custody matters be decided in the best interests of the child. This means that a court order or any private agreement between parents must focus on what is best for the child, not necessarily what is easiest for the parents. As a parent, it may be hard to allow a judge to make this decision. After all, you know what is best for your child. Regardless of the final custody determination, you will most likely be interacting with your child’s other parent in the future. For your child’s sake, as well as your own, maintaining a civil relationship with that person is important. A parenting plan can help you plan the custody arrangement while also allowing you to effectively co-parent.

Generally, spouses who have separated and are going through the divorce process utilize parenting plans. These plans allow parents to make custody arrangements so they can continue to jointly raise their children. Divorce and child custody can be especially hard on children since they do not always understand what is going on. Disparaging their other parent can make a child feel like they have to choose sides, and can hurt the child’s relationships with both parents. A clear parenting plan can help everyone move forward, which can ease tensions.

Eliminating vagueness and confusion about custody can often make the transition smoother. When everyone knows what to expect, both parents can hopefully work towards a civil co-parenting relationship. Working with a parenting coordinator (PC) can be helpful for this as well. PCs are neutral third parties that help both parents figure out a visitation schedule. In some cases, the judge may order both parents to work with a PC if the case is particularly contentious. After meeting with both parents, the PC can make recommendations regarding custody to the court. A PC’s role is to help resolve custody issues and minimize conflict. The less conflict the better because it decreases the stress on the child as the custody situation changes.

DuPage Custody Lawyers Will Help You

At Martoccio & Martoccio, our experienced DuPage County custody lawyers have helped many parents through custody issues. We understand how hard co-parenting can be in a custody matter. We will work with you to prioritize your child’s best interests, and help you both move forward. Contact us today to schedule a free initial consultation.
Posted in Family Law | Tagged child custody child visitation children of divorce co-parenting divorce DuPage County divorce attorney family law attorney parenting coordinators parenting plans