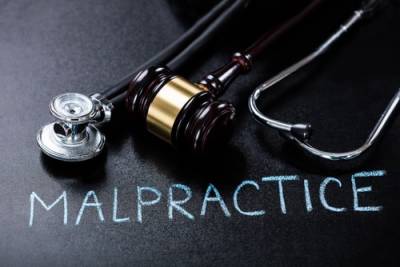 The need for quality, affordable healthcare is one of the most hotly-debated issues in the United States today, and state and federal lawmakers are working to improve and reform multiple aspects of the healthcare system. However, one thing that many Americans may not be aware of is how the laws which are currently being voted on will affect their ability to recover damages in cases of medical malpractice.

H.R. 1215, the “Protecting Access to Care Act of 2017,” was passed by the U.S. House of Representatives in June 2017, and as of September 2017, it was awaiting a vote in the Senate. This bill would seriously limit people’s ability to receive compensation when they are injured by medical negligence.

Specifically, the bill places a cap of $250,000 on non-economic damages. These types of damages are defined in the bill as “damages for physical and emotional pain, suffering, inconvenience, physical impairment, mental anguish, disfigurement, loss of enjoyment of life, loss of society and companionship, loss of consortium (other than loss of domestic service), hedonic damages, injury to reputation, and all other nonpecuniary losses of any kind or nature incurred as a result of the provision or use of (or failure to provide or use) health care services or medical products, unless otherwise defined under applicable state law.”

The Effects of These Limits

When someone is injured due to negligent medical care, they deserve to receive compensation for their damages. This includes compensation for any income lost and negative effects on future earning potential, but it should also include appropriate compensation for pain and suffering, physical or mental impairment, disfigurement, and post-traumatic stress. Under this potential new law, people’s ability to recover compensation for these types of damages would be significantly limited.

While some states have already passed laws limiting the damages that can be sought in medical malpractice lawsuits, the Illinois Supreme Court ruled these types of limits unconstitutional in 2010. However, this new federal law would overrule state laws, and if it is passed, Illinois citizens will become unable to receive the full amount of compensation they deserve in these cases.

If you or a loved one has been injured due to medical negligence, our experienced attorneys will thoroughly investigate your situation and help you receive the compensation you deserve as you work to recover. Contact a DuPage County medical malpractice lawyer today at 630-920-8855.