Restoring Your Parental Rights After Prison 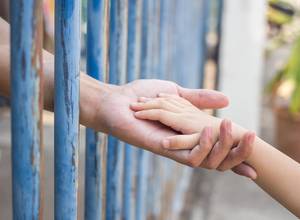 People who served time in prison can struggle upon their release into society. They must acclimate themselves to normal life, with the new limitations that come from having a criminal record. Re-establishing their roles as parents can be one of the most difficult adjustments. Parents who are former convicts may need to take legal action to be able to see their children on a regular basis. Even after that is accomplished, the parents must work to build or repair their relationships with their children.

Incarceration does not automatically strip a parent of his or her rights to see and make decisions about the children. A party seeking to limit or terminate a parent’s rights must prove that the parent is unfit and that the decision is in the best interest of a child. A court may decide based on:

Upon a parent’s release from prison, a court may restrict how often the parent may see the children and whether those visits need to be supervised. The court may grant the parent more rights as he or she proves to be reliable and responsible.

A parent’s marital status will largely affect his or her parental rights after leaving prison. If the parents are divorced or were never married, they must settle issues such as:

A parent who is a former convict is unlikely to have primary parenting time with the children. Instead, he or she may need to fight to see them on a regular basis and have a say in making decisions about them. Regardless of the allocated parental responsibilities, the parent will be required to pay child support. He or she may have a lesser burden because former convicts are often limited in their employment opportunities and income.

Some parents in prison have limited interaction with their children. The other parent may be keeping the children away, or the incarcerated parent may not want the children to see him or her in the prison environment. After the parent leaves prison, the children may hesitate to embrace him or her. If the child was young at the start of the prison sentence, he or she may not remember the parent. Older children may feel that the incarcerated parent abandoned them. The parent will need to do a majority of the work to develop a relationship with his or her children.

Even after being convicted of a crime, you have rights as a parent. A Kane County family law attorney at the Law Office of Martoccio & Martoccio can help you assert your parental rights. To schedule a free consultation, call 331-588-6611.