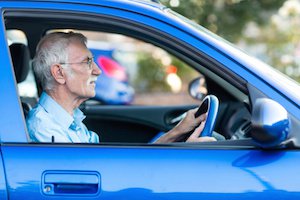 An elderly man lost control of a vehicle and crashed into the Lincoln Park Apple store on January 13 in the Lincoln Park neighborhood, according to the Chicago Tribune. One person was injured in the unlikely accident and was taken to Advocate Illinois Masonic Hospital to be treated. The driver was not hurt in the crash.

Witnesses to the driving accident described a surreal scene: a Lincoln Town Car drove through the store’s front doors and stopped about four or five feet inside the store, near display cases holding Apple accessories. Shards of broken glass covered the ground near the crash. Shirley Susman was across the street at the time of the accident.

“I heard the screech of brakes, and I turned around and looked across the street and I saw the car — it was heading directly to the Apple Store,” she said. Several people were inside the store. When they saw the car coming, they ran and managed to get out of the car’s way, and fortunately only one person was hurt in the crash.

Accidents can happen at the strangest of places. It is impossible to be prepared for everything, and sometimes you just end up being at the wrong place at the wrong time. If you have become injured due to the negligence of others, you may be entitled to compensation. It is important to consult with an experienced lawyer in order to ensure you receive the compensation due to you. Contact a seasoned personal injury attorney in the Chicago metro area today.