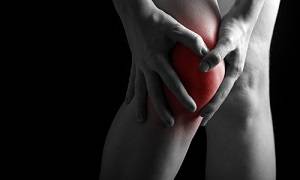 The knee joint is the human body’s largest joint. A complex hinge joint, the knee is the point where the thigh bone—the femur—and the shin bone—the tibia—meet and are connected by a series of ligaments, allowing a person to run, walk, and many other physical activities. Due to the intense weight-bearing properties of knee, it is very susceptible to injuries, particularly among athletes, but also in any type of car or motorcycle accident.

Ligaments of the Knee

Within the knee joint, there are four ligaments that are susceptible to injury. They are frequently referred to by their corresponding abbreviations, but it is important to understand the function of each one:

The Potential Impact of Delayed Treatment for a Personal Injury 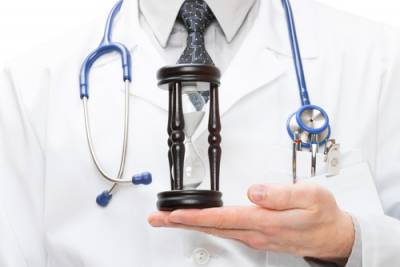 When you have been injured in an auto accident, a slip and fall, or any other type of situation, you will likely seek immediate medical attention for your injuries. You will probably comply with the doctor’s recommendation for care, rehabilitation, and recovery to greatest extent possible.

What happens, though, if you do not seek care immediately? What will delayed treatment do to your personal injury claim?

Unfortunately, there is no clear answer to these questions. As with many issues under the law, the precise effect of delaying medical care for a personal injury depends on a number of factors, including the particular judge or jury assigned to your case. A qualified personal injury attorney can help you more clearly understand the details but there are a few general things that of which you should be aware.

Driver Dead After Accident That Injured Two Others

Kelly Morsch, 23, of Hinckley, was pronounced dead at the scene after a grisly crash in late October that injured two others, according to the Chicago Tribune. Morsch was piloting a 2012 Ford Focus that for unknown reasons drifted over the center line on Route 38 and hit a westbound 2007 BMW SUV head-on. The Kane County Sheriff’s Office Public Information Officer Lt. Patrick Gengler told the Tribune that, “he does not know how fast the Ford Focus was travelling but that the speed limit in that area is 55 m.p.h.” Both the driver of the BMW and his passenger were taken to area hospitals, with injures that were not considered to be life threatening. “Both the man and his wife were wearing seatbelts,” Gengler told the Tribune, “but it is not known if Morsch was.”

Drifting over the center line, such as Morsch did, are considered a type of crash known as a roadway departure crash. According to the U.S. Federal Highway Administration (FHWA) Safety Program, “the main cause of roadway departure crashes is driver drowsiness and inattention, which are sometimes compounded by driving too fast.” Alcohol and drugs can also contribute to both of these factors. In an effort to curb the number of roadway departure crashes, the U.S. Department of Transportation has installed rumble strips on a number of highways across the country. “The noise and vibration produced by rumble strips alert drivers when they leave the traveled way,” reports the FHWA.

No tickets had been issued as of the beginning of November as a result of Morsch’s crash. It’s not as if the incident was a rare occurrence—according to a different report from the FHWA, “nearly 20 percent of roadway departure fatal crashes involve an opposing direction collision,” like the one for which Morsch was responsible. Three-quarters of these “occur on undivided two-lane roads,” such as Route 38.

Being injured due to a doctor’s negligent care may allow you to sue for medical malpractice.  To prove that the care was negligent, it is necessary to prove that the doctor acted in a way that violates the standard of care.  That could be a misdiagnosis, improper treatment, or other accidents that resulted from a lack of attention.  The negligent behavior needs to be the cause of the injuries.  But what about the hospital where you received the care?  Can you file a  medical malpractice suit against them?

A hospital is considered liable for an injury if one of their employees’ negligent medical care was the cause of the injury.  Employees of the hospital are generally nurses, technicians, and paramedics.  If an employee of the hospital injures a patient, then the injured patient can sue the hospital.  That is the case unless that employee injured the patient under the supervision of a doctor who is not an employee.

On October 15th, three people were travelling in the Glenview neighborhood north of Chicago in the afternoon after visiting family.  They were driving east on Harrison Street when the car they were in was hit by a Skokie garbage truck by the Harlem intersection.  The 2006 Kia SUV became lodged underneath the truck and then caught on fire.

The three people in the car were badly burnt from the accident.  They were later identified as Won Suk Rim, 57, and his wife Jung Ran Min, 52, both from the 2500 block of West Farragut in Chicago.  The woman in the backseat was Gwi Rye Kim, a 65 year old from West Berwyn.  All three died from a combination of carbon monoxide poisoning, burns and blunt force trauma from the accident.

The driver of the garbage truck was unhurt in the car accident.  He was on his way to the Glenview transfer station in Glenview with a full load of garbage.  The Village of Skokie defended their driver saying that “the individual has been employed by the village of Skokie for 19 years and has an excellent performance record.”  He was not charged with a crime for his part in the accident.  That unnamed driver of the garbage truck is seeking counseling after being shaken up by the incident.