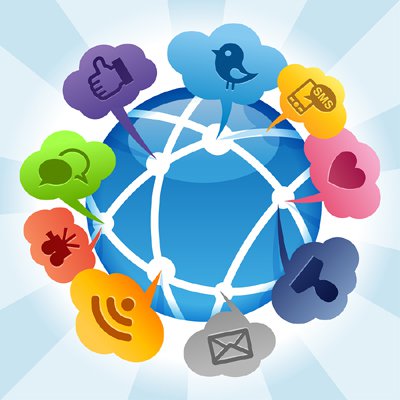 Facebook has been a cause of divorce in some cases, partly because it allows married people to seek out extramarital affairs.  Some estimates say that one in every five divorces is caused by Facebook and other social media.  That might be too generous of an estimate for the effect of Facebook but Facebook may have something to say about relationships.  There might be a formula in the social network to predict breakups and maybe even divorce.

Initially, researchers from Facebook and Cornell University wanted to look at relationships on Facebook to see if they could guess significant others based on network structure.  Senior engineer at Facebook, Lars Backstrom and Jon Kleinberg a computer scientist from Cornell began with the premise, “given all the connections among a person’s friends, can you recognize his or her romantic partners from the network structure alone?”

They reviewed anonymous data from over one million members of Facebook.  These people had to be at least 20 years old, have between 50 and 2,000 friends, and also signify themselves as in a relationship.  Based on trends in that data, they were able to accurately predict a member’s significant other nearly 60 percent of the time based on a term they called “dispersion”.

Being injured due to a doctor’s negligent care may allow you to sue for medical malpractice.  To prove that the care was negligent, it is necessary to prove that the doctor acted in a way that violates the standard of care.  That could be a misdiagnosis, improper treatment, or other accidents that resulted from a lack of attention.  The negligent behavior needs to be the cause of the injuries.  But what about the hospital where you received the care?  Can you file a  medical malpractice suit against them?

A hospital is considered liable for an injury if one of their employees’ negligent medical care was the cause of the injury.  Employees of the hospital are generally nurses, technicians, and paramedics.  If an employee of the hospital injures a patient, then the injured patient can sue the hospital.  That is the case unless that employee injured the patient under the supervision of a doctor who is not an employee.

Can the Government Make You Testify in a Criminal Case? 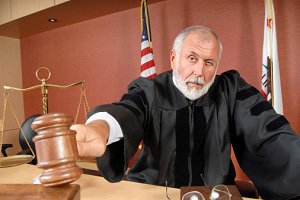 "In a criminal case, can the government make you testify if you claim your Fifth Amendment privilege against self-incrimination?"

From 1870 until 1970, in order to compel a person to testify who had claimed the Fifth Amendment, the government had to grant what was called "transactional" immunity.

So, if you were granted immunity you could be made to testify but there was no way that the government prosecutors could ever charge you with any crime related to your testimony. This the United States Supreme Court said was the only constitutional way to grant you immunity and to make you talk.

Trying To Save On Divorce Could Cost You

Because of the Recession that shook the country for the better part of the last decade, there seem to be quick-fix solutions for everything popping up just about everywhere. Divorce is no exception. Especially in major cities such as Chicago, signs advertising a fast, painless, easy, and cheap solution to your marital woes are ubiquitous. But can they fulfill the promises they make?

Most experts, including the Wall Street Journal’s Smart Money magazine, note that there are often hidden costs associated with these quick fixes, and they lack the security brought by a qualified family law professional. According to the National Marriage Project, the U.S. divorce rate has increased by nearly 50 percent since the mid-20th century, and, reports Smart Money, “the number of divorce lawyers has grown apace.” There’s no good reason to try to save a few bucks when hiring someone to help you through one of the most difficult periods of your life.

A teen’s death at a Chicago Park District pool in mid-August has his family and friends seeking a reason for the tragedy, according to the Chicago Tribune. “We just want to know what happened and why,” the teen’s aunt, Sherry Hedge, 45, told the paper. Christopher Bowen, 14, died while swimming on a Friday afternoon. Family members told the Tribune that Bowen was a strong swimmer, and came “from a family of former Chicago Park District lifeguards.” He was a regular at the McKinley Park Pool, where he swam for the last time on August 9. Hedge, drawing on eyewitness accounts, told the Tribune that she believes her nephew dove into the deep end and hit his head on the bottom of the pool. A friend, Eduardo Gonzalez, 17, poked Bowen when he did not surface for more than a minute, citing that the young boy was “getting purple in his face.”

Damen Root, another swimmer at the pool, agreed with Gonzalez: neither saw a lifeguard perform CPR, according to the Tribune. Nor did the lifeguard “blow a whistle to alert the other eight or so guards on duty or enter the pool to offer assistance.” Root told the Tribune that it was “very apparent the boy was in trouble.” Root attempted to save Bowen when he saw a “pinkish fluid streaming from Christopher’s nose,” and began to push “the boy toward the pool’s edge while yelling for help from the lifeguard seated 10 feet away.”

According to the Center for Disease Control and Prevention (CDC), “every day, about 10 people die from unintentional drowning,” and “of these, two are children aged 14 or younger.” One main factor, according to the CDC, that these numbers are so high is a lack of close supervision. “Drowning can happen quickly and quietly anywhere there is water… and even in the presence of lifeguards,” reports the CDC. Most children ages 1 to 4 that drown die in home swimming pools, but there are not statistics available for the number or demographic of drowning victims who die in a public pool, such as Bowen did.