Who Gets the Dog in a Divorce?

While it might be easy to make light of this issue, many people have a large emotional investment in their dogs. Other pets as well are frequently the most important relationship in a divorcing person's life. If that is so, why is "custody" of a dog or cat not considered in the Illinois divorce laws?

Animal companions have become vitally important to people since our current culture recognizes the importance of a dog or a cat as a companion. So what happens to your dog in a divorce? 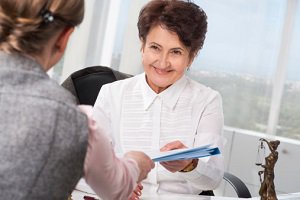 "What should I expect when a Guardian Ad Litem has been appointed by the Judge in my child custody case?"

While the Judge in your custody case will ultimately make the decision as to who should have custody of your child, that Judge has no independent knowledge of the facts of your case. A Judge will frequently appoint a lawyer to find out the basic facts and report back to the Court. The lawyer is appointed as a Guardian Ad Litem.

The court does not automatically decide that the kids are better off in the home of the mother. It is a common myth that even if the father can prove that he is more stable addition able to care for the children that the courts are not inclined to separate the children from their mothers. It is common that the marital household has dual incomes but even then, there is usually one parent that bears most of the parental responsibility. This facet is a very important one when considering child custody.

The goal of the court is to keep from disrupting the lives of the children as much as possible, as divorce itself is disruptive enough. If the father of the child is more or at least equally involved in the child’s life and displays a vested interest in the child’s activities, then dad has a better chance of being awarded primary custody. Examples of things that may be considered include taking the children to school, involvement in extracurricular activities, making meals and attending doctor’s appointments.

The St. Louis Post Dispatch recently published a story about a newly divorced woman who discovered her ex-husband had posted photos of their children on his dating website profile. The woman was furious and confronted her ex over what she considered the inappropriateness of the posting. How did her ex respond to her objections? He blocked her from being able to view his profile.

The popularity explosion of social networking sites, dating sites and other online venues raises the question of “who gets custody of a child’s online footprint” after the divorce. The mother who was upset about her children’s photo on the dating site told the newspaper that she wished she had realized the potential of such a situation during the divorce. “It may have been helpful to have established some ground rules about their children’s digital exposure as part of the custody agreement,” she said.

But the issue can turn an already acrimonious situation even more so. One parent may insist on absolutely no postings of photos or information on social networking sites, while the other parent may feel it’s the best way to share with family members who live a distance away.

When people get divorced and go through custody and visitation battles, the parents and the child are not always the only people involved. Grandparents and siblings are also a part of the child's life, but sometimes custodial parents do not want the grandparents from the non-custodial parent's side of the family to see their grandchild.

In the UK, there was a story in The Telegraph about parents calling the police on grandparents for sending a card to keep in touch with their grandchildren. Fortunately, similar stories have not yet surfaced in local newspapers, even though divorce issues are often quite similar in developed countries around the world.

According to the story in The Telegraph, police are being called to investigate cases of grandparents approaching their grandchildren with postcards as harassment. The elderly have even been forced to hand DNA samples or fingerprints to the police.