Summer Is the Most Dangerous Season for Driving 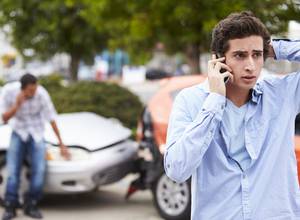 Summer is vacation season, which means that more people are on the road taking long trips. Unfortunately, the inevitable result of this increase in driving is more deaths from car accidents. In a study analyzing fatal car crashes between 1998 and 2014, the Insurance Institute for Highway Safety (IIHS) found that summer and early fall are the most dangerous times of the year for drivers.

With more cars on the road during the summer, the likelihood of deadly accidents increases. The IIHS found that fatal accidents are more likely to occur on weekends than on weekdays, and late afternoons and evenings are the times of the day when the highest number of deaths occur. The deadliest month of the year is August, which is the month in which Americans travel the most miles.

The Roxana refineries named in a personal injury lawsuit which claims they released benzene into the soil and air, have declined to settle the case and are requesting a jury trial, said the Madison-St. Clair Record.

According to the Madison-St. Clair Record, the claim names Shell Oil Company, BP Products North America, ConocoPhillips Company, WRB Refining, and Cenovus GPCO as defendants. The plaintiff, Betty Cox, claims that the refineries operated in such a way that they released benzene into the soil and air, which then entered her home through an open drain in her basement and cracks in the cinder block basement wall.

Cox alleges in her complaint that benzene is classified as a highly toxic chemical and human carcinogen, and has been released into the soil in such a way that it contaminated the groundwater in the area. She believes that the release of this chemical near her home has caused her to develop cancer. She is seeking compensatory damages for more than $200,000. 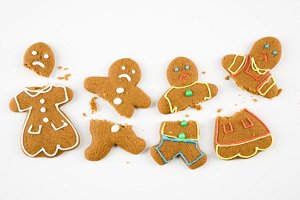 As we head into the holiday season, many are preparing to host friendly gatherings and parties. Unfortunately, these parties may also lead to personal injuries that you could be liable for. If you are considering throwing a holiday party this year, there are several things you need to consider.

Before you throw that huge holiday bash, cover your bases financially and contact your homeowner’s or renter’s insurance provider to make sure your policy covers you in the even you are found liable for any injuries that occur on your property during the party.

Last February Benjamin J. Black took some heroin and got behind the wheel. His SUV “plowed into the rear of a car on snow-packed Route 64 in western Kane County, killing an 11-year-old boy in the other vehicle, severely injuring a second person, and causing a chain-reaction crash,” according to the Chicago Sun-Times. In mid-November Black had his day in court, and plead guilty to two counts of aggressive DUI. One count is a Class 2 felony and the other is a Class 4 felony. Immediately following the crash, Black’s urine tested positive for heroin.

The crash occurred, according to the Sun-Times, at about 7:30 p.m. on a cold February night. The 11-year-old, Matthew Ranken, of Sycamore, was the backseat passenger in the car, piloted by Ranken’s 21-year-old brother, Nicholas Weber, who was also injured. “Black, who also was issued citations charging him with failure to reduce speed to avoid an accident and operating an uninsured motor vehicle, remains in custody in the Kane County jail in lieu of $250,000 bail.” He faces three to 14 years in prison if convicted, and a fine of up to $25,000.

The case is a nasty reminder of the dangers of heroin, reminded Kane County State’s Attorney Joe McMahon in a written statement, as reported by the Chicago Sun-Times. “Some might view a heroin habit as the self-destruction of the user. But this case is much more than that. This case is a gut-wrenching tragedy,” he writes.

Dead Men Tell No Tales... or Do They? 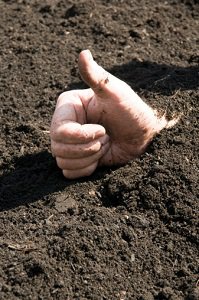 In a move that can only be described as "Monty Python imitates life," according to the ABA Journal, a living man appeared in court and was declared legally dead by the judge. The judge then refused to reverse the ruling.

In my opinion, this created some rather interesting problems:

Can the dean man still vote if he is a registered voter?