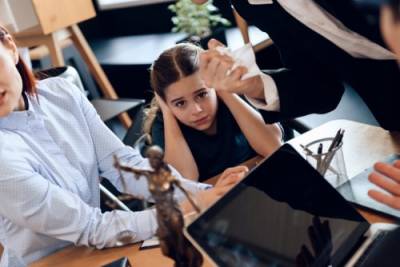 There are generally two types of custody: shared custody (also called joint custody) or sole custody. Shared or joint custody of a child occurs when both parents have legal decision-making responsibilities about that child. Sole custody is when only one parent has that decision-making capacity—only that single parent can decide where the child lives, what their child’s daily schedule looks like, where they go to school, and more. These two types of custody, joint and sole, are the only two that are typically discussed. If sole custody is awarded to a parent, the other may be given visitation rights, but these should not be confused with custodial rights. However, there is another type of custody that you may or may not have heard of.

What Is Split Custody?

In rare circumstances, a judge may see fit to separate two minor siblings by placing one child with the father and the other child with the mother. This will only be done when there is evidence supporting that this decision is in the children’s best interests. For example, if a 13-year-old brother has made life for his 9-year-old sister extremely difficult for year after year, there may be a benefit to separating the two when their parents get divorced. The level of physical or emotional abuse, however, must be extreme for a judge to agree to split custody. After all, studies have shown that separating minor siblings is often detrimental to their well being and that many children report feeling like they had “lost a part of themselves”. Having the support, companionship, and stability of a sibling is a great help to children whose parents are getting divorced. Having a sibling helps children adapt to new and frightening situations, and to manage the anxiety and depression that divorce brings.

Abuse is common among siblings and is most likely even more commonplace than spousal abuse or child abuse. Abuse consists of either physical, emotional, or sexual abuse or a combination of the three. Determining the severity of the abuse can be hard to pinpoint and will need to be evaluated by professionals before a decision can be made regarding split custody.