What Happens if Reconciliation Is a Possibility During Divorce? 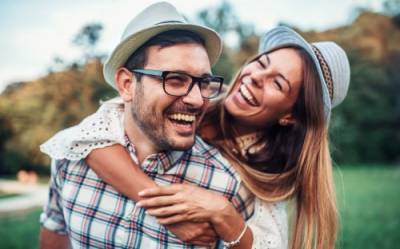 Many people know the common issues they will face in divorce. Their property may be divided and if the two spouses involved have children together, child custody and child support hearings will also certainly be a part of the divorce process. However, spouses often think there is no chance of reconciliation in the marriage, which is why they have started the divorce process. What happens then, when reconciliation becomes a real possibility?

Since 2016, Illinois has operated on a pure no-fault basis for divorce. This means the spouse filing for divorce does not have to allege or prove their partner was at fault for the breakdown of the marital relationship. They simply only have to state that the marriage has suffered an irretrievable breakdown and there is no chance of reconciliation. The no-fault laws in Illinois can help streamline the process and allow a person to get a divorce even if their spouse does not agree to it.

While Illinois does operate under a no-fault system for divorce, the Illinois Marriage and Dissolution of Marriage Act (IMDMA) does outline certain requirements. One of these requires the spouses to live separately and apart for at least six months to show there is no chance of reconciliation, although spouses can agree to waive this requirement. The IMDMA also requires the court to determine if reconciliation is a possibility. If it is, the couple may have to attend a conciliation conference before their divorce is finalized.

What Is a Conciliation Conference?

Conciliation conferences are meetings held at a service location or another appropriate facility. During the conference, the two parties can try to work out the problems in their marriage in order to avoid divorce. Even if one spouse does not believe there is any chance of saving the marriage, they will still have to attend if a judge has ordered them to do so. However, just because the courts order a conciliation conference does not mean the couple cannot get divorced if the conference is unsuccessful.

Our Illinois Family Lawyers Want to Help with Your Divorce

Divorce is a complicated process and sometimes, unexpected situations arise, such as being ordered to attend a conciliation conference. At the Law Office of Martoccio & Martoccio, our experienced Hinsdale family lawyers want to help with your case. We know what to expect during the process and can prepare you so there are no surprises in your case. We will also negotiate with the other side effectively and present arguments to give you the best chance of securing a favorable settlement. Call us today at 630-920-8855 or contact us online to schedule a free initial consultation and to learn more about how we can help.