What Happens to the Rings During Divorce? 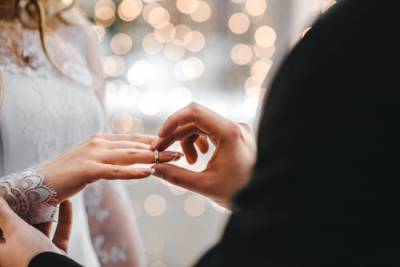 Recently, there was a story about a woman that gave away her old wedding rings after her divorce. She decided to give them away, either to frontline workers or members of the LGBTQ community. The story is not only a heartwarming one, but also shines a light on a very interesting topic that comes up after a couple gets divorced. People often wonder what happens to the wedding and engagement rings after divorce, and whether or not they have to return them to the person that paid for them. As with most legal issues, the answer is that it depends.

Who Gets the Engagement Ring?

Engagement rings are given prior to the marriage and so, it is natural to assume that they are considered non-marital property. However, that is not always the case. Due to the fact that an engagement ring is given as a promise to marry someone, the law recognizes that the ring is only the property of the recipient if they fulfill that promise.

When the engagement is mutually broken prior to the wedding, the recipient is obligated to return the ring to the giver. In the event that the wedding takes place, it is presumed that the recipient fulfilled their promise and so, it is considered non-marital property.

Who Gets the Wedding Rings?

Wedding rings, like engagement rings, are also given to each other as a gift before the marriage. This holds true even though the gift was given just moments before the marriage was official. Due to this, wedding rings are typically considered non-marital property under property division laws in Illinois and so, are the property of the recipient. In order for a wedding ring to be considered marital property, the giver of the ring must prove they did not actually intend to give the jewelry as a gift, which is extremely difficult and rarely attempted.

Who Gets Gifts Given During the Marriage?

While engagement rings and wedding rings are both gifts given prior to the marriage, it is not unusual for couples to give each other gifts during the marriage. Those often include jewelry, but they can include other types of gifts, as well.

Regardless of the type of gift given during the marriage, they are generally considered marital property. This is because they are usually purchased using marital funds. To prove that a gift should not be considered marital property, the onus falls on the recipient to prove that the gift was intended for them alone and that it was not intended to contribute to the marriage.

An exception to gifts given during the marriage are family heirlooms. For example, if a husband gave his wife the ring his grandmother wore her entire life, the court would likely determine that the ring was non-marital property and therefore, the property of the husband.

Our Illinois Family Lawyers Can Help with Property Division Issues

The property division laws in Illinois are extremely complex and it is not always immediately clear which spouse is the rightful owner of a gift. At the Law Office of Martoccio & Martoccio, our skilled Hinsdale family lawyers can help. We know the laws of the state and will clearly explain how they apply to your case. Call us today at 630-920-8855 or fill out our online form to schedule a free consultation so we can review your case.