WHO GETS THE PET IN AN ILLINOIS DIVORCE IN 2018? 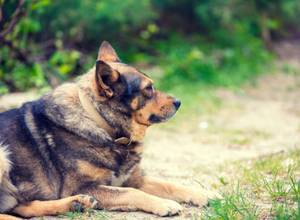 At that time there was no Illinois divorce law on the subject of pet “custody.” Nonetheless, later in my career, I argued for custody of a dog’s ashes which were in an urn on the divorcing couples’ fireplace mantel. Again, I argued in both cases that the family dog was like a child or family member to my client. I knew that for many, a Pet becomes a best friend and a true member of the family. In both cases, I incurred the ire of the Judge who was not pleased with having the Judge’s time wasted. By the way, a good divorce lawyer will think first about his or her client’s beliefs and argue for them and only second about any potential waste of the Court’s time.

In March 2014, I wrote a blog and posted it here on our website entitled: Who Gets the Dog in an Illinois Divorce? The answer then being, that the dog was treated like any other property in an Illinois Divorce and divided according to the rules of marital versus nonmarital property with no recognition as to how important that Pet was to the client.

Effective January 1, 2018 we have the New Illinois Pet Custody Law.

It’s refreshing to let you know, that beginning January 1, 2018, the custody of a Pet in an Illinois divorce will now be treated, more like a “child custody case.”

The New Illinois divorce law regarding Pets follows similar laws in Alaska and other states. Pets and their owners are now given the respect they deserve, almost.

The New Illinois Pet Statute provides that an Illinois Divorce Judge may determine both the temporary and permanent custody of the family Pet.

If the parties come to an agreement regarding their Pet, such an agreement shall be included in their final Judgment for Dissolution of Marriage.

(a) To promote amicable settlement of disputes between parties to a marriage attendant upon the dissolution of their marriage, the parties may enter into an agreement containing provisions for disposition of any property owned by either of them, maintenance of either of them, support, parental responsibility allocation of their children, and support of their children as provided in in Sections 513 and 513.5 after the children attain majority. The parties may also enter into an agreement allocating the sole or joint ownership of or responsibility for a companion animal.

Where the parties do not agree as to the Custody of their Pet, the New Illinois Pet Custody Law provides:

The take away: Yes, the New Illinois Pet Custody Law does provide for the sole or joint ownership of and responsibility for a companion animal of the parties, but only if that companion animal is a “marital asset” of the parties’ marriage. What does that mean? If the Pet was acquired during the marriage and not a gift to one party or the other, the Pet is presumed to be a marital asset.

On the other hand, if the Pet was owned by one spouse before they were married, or was gifted or inherited by one spouse then the New Illinois Pet Custody Law does not apply.

So, the Illinois legislature did give recognition to Pet Custody but also applied the old law of property ownership rather than what is in the best interests of the “Pet” or of the parties themselves unless the “Pet” was marital property.

The New Pet Custody Law Does Not Apply to Paternity Cases.

Also note that in a parentage or paternity case there are no marital assets, so therefore your right to custody of your beloved Pet will probably not be decided by the Illinois paternity Judge, at least not yet.

It does make sense to exclude “service animals” but it does not make sense in this author’s opinion not to go all the way in determining the rights and responsibilities along with the allocation of time with the Pet regardless of who owns the Pet to begin with.

The blog I wrote in 2014 still has some value today. In practical terms, if your Pet is not a marital asset then:

Try Negotiating - Try negotiating by giving up something else your spouse wants in exchange for your dog or pet. Some spouses will end up paying large amounts of money to their soon-to-be-ex spouse in order to have sole custody of their pet.

Everything including Possession of your Dog is on the Table (Speak Up for Your Dog) - If your dog's possession is resolved as part of a negotiated divorce or collaborative divorce, then everything is fair game to be divided. Consideration should be given to the facts of the case such as; who has cared for the dog most of the time, who exercised the dog and who paid for or took care of the pet needs such as food and/or medical care.

Finally, I do believe that once divorce Judges are empowered with the ability to deal with a Pet’s custody, that very likely the issue of whether the Pet is marital or non-marital property may well not be the turning point in the decision about Who Gets the Pet in an Illinois Divorce?